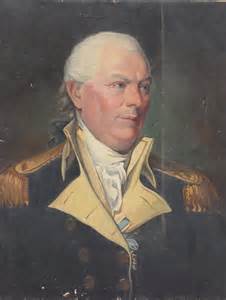 Join us as the Fairfield County AOH celebrates Commodore John Barry Day, the “Father of the American Navy”,  a title bestowed on him not by current generations of admirers, but by his contemporaries, who were in the best position to judge.

RECEPTION IMMEDIATELY FOLLOWING AT THE PORT 5 NAVAL VETERANS HALL.  CONTACT JIM MURRAY AT Activities@AOHJFK.com if you plan to attend

In the space of 58 years, this son of a poor Irish farmer rose from humble cabin boy to senior commander of the entire United States fleet. Intrepid In battle, he was humane to his men as well as adversaries and prisoners. Barry’s war contributions are unparalleled: he was the first to capture a British war vessel on the high seas; he captured two British ships after being severely wounded in a ferocious sea battle; he quelled three mutinies; he fought on land at the Battles of Trenton and Princeton; he captured over 20 ships including an armed British schooner in the lower Delaware; he authored a Signal Book which established a set of signals used for effective communication between ships; and he fought the last naval battle of the American Revolution aboard the frigate Alliance in 1783